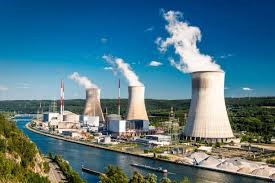 While it is important for employers to diligently engage in an interactive process with its employees, a recent case demonstrates the importance of the obligation of employees in certain situations to disclose medical diagnoses relevant to their ability to perform the essential functions of their job. In a December 23, 2019 decision, Flaherty v. Entergy Nuclear Operations, Inc., 946 F.3d 41 (1st Cir. 2019), the First Circuit upheld a summary judgment decision for an employer because the employee, a nuclear power plant security guard, repeatedly failed to disclose medical diagnoses. It was determined that because of these failures to disclose his diagnoses he was neither reliable nor trustworthy, qualities that were required by regulation for authorization to hold the safety sensitive position.

The employee worked at a nuclear power plant in Massachusetts which required certain clearance authorization because of the safety sensitive areas in the nuclear plant  including the nuclear reactors. This federally regulated certification process was rather extensive requiring “assessments of the applicant’s personal history, employment history, credit history, character and reputation, and criminal history, along with psychological and behavioral tests.”

The employee suffered from several disabilities, including but not limited to symptoms relating to Chronic Fatigue Syndrome (“CFS”) and Post Traumatic Stress Disorder (“PTSD”), which he reported to Veteran’s Affairs following tours in Iraq prior to 2004. However, the employee failed to report any of these disabilities on multiple medical questionnaires during the employer’s certification process and throughout his employment.  He also failed to report CFS on an application for a short term medical leave in 2014.

In early 2015, the employee refused to work a mandatory overtime shift stating that he would be too fatigued to work. Following his refusal to work this mandatory shift, he was suspended. In response, the employee filed an ethics complaint with the Company relating to his suspension stating that he was disabled and suspended despite this fact. During that process, he then provided the Company with his VA medical records which detailed his disabilities, including his CFS. After further evaluation, the employer found that because the employee withheld information relating to these medical diagnoses,  he was not trustworthy or reliable as required by regulations for the certification process to access the safety sensitive areas at nuclear power plants and the employee was terminated.

Important for employers to note however, is that this finding does not allow employers to suggest that any time an employee withholds medical diagnoses, they are not qualified to hold a position; in the case of Flaherty, there were federal regulations which required certain standards relating to character and reputation in order to retain safety clearance.